The Intricate Relationship Between Music and Film 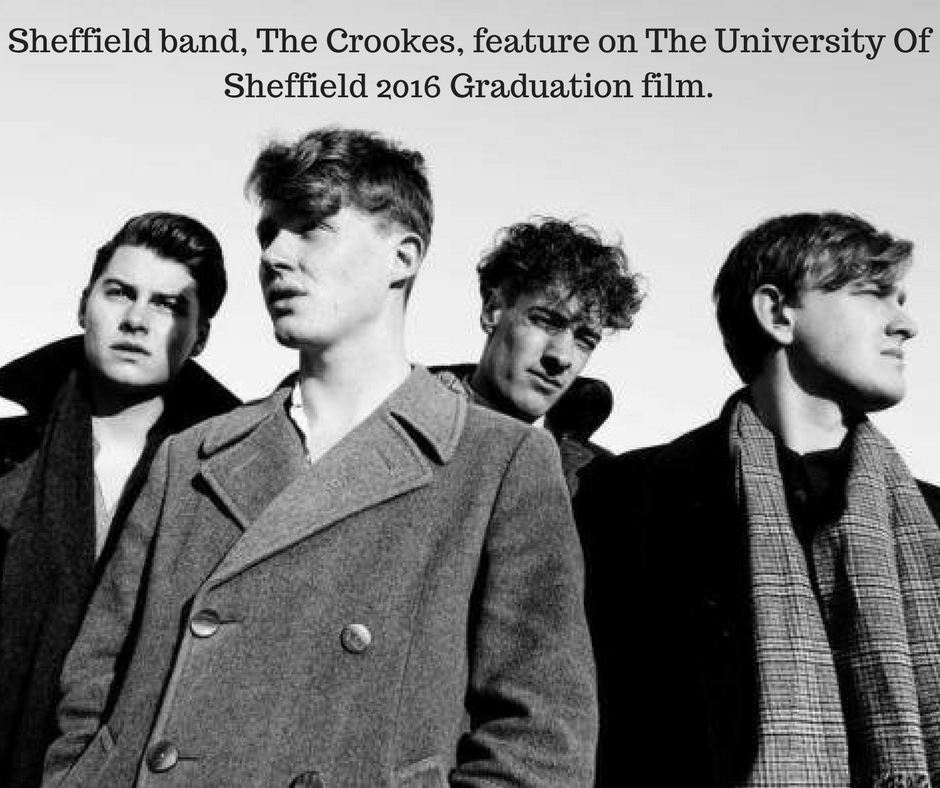 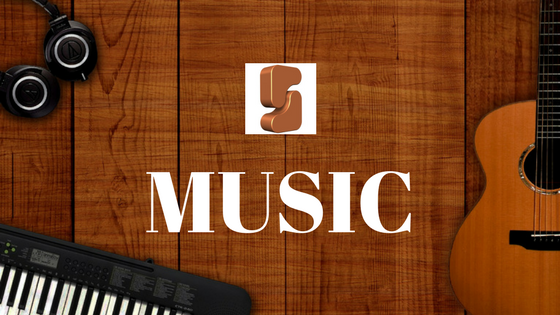 As a well-known video production agency, we are often approached by people offering music services. Also, clients often ask us where we find and how we make use of music. For this reason, we have decided to provide some thoughts on the importance of music in the films we make, how we source and choose appropriate tracks and how we manipulate and make use of tracks for maximum impact.

Film music helps to establish tone, enhance atmosphere, amplify emotions and change audience perceptions. Many of the sames rules and opportunities that apply when scoring a feature film can be translated to low or medium budget social media video. It’s a significant part of the storyteller’s toolkit and one that shouldn’t be neglected, regardless of budget constraints.

For some promotional or instructional films, music’s key purpose is to provide a neutral bed which simply aims to make an audience feel comforted. However, we often feel this to be a missed opportunity. By paying a greater degree of attention to melody, harmony, genre, dynamics, instrumentation and structure, we are able to more fully connect the emotional capacity of music with both the descriptive and emotional contents of an image. An audience’s experience of a film can be dramatically altered by even a slight variation in how a piece of music is applied.

For example, we often devote our attention to combining the emotional and rhythmic aspects of a track with a film’s unfolding narrative. In this student experience montage for The University of Sheffield (watch from 45secs in), we synchronise cut points with select beats, being careful not to leave any shot on screen for longer than is needed for an impression of a moment to be left or any shorter than is needed to understand what’s being shown. Despite the montage jumping between different times and places it feels glued together by the score.

When it comes to finding high quality, affordable music with emotional depth we mainly use Premium Beat. It has as a royalty free, simple licensing arrangement and the price is right for the majority of our clients. It’s interface is intuitive and it doesn’t take long for us to find a selection of tracks to experiment with in an edit before settling on one. Similar services include Audio Network, Audio Jungle and Music Vine and all have their benefits but none quite manage to attain the all-round usability of Premium Beat.

In the UK, PRS For Music is another means of finding music designed specifically for film, TV and other moving image projects. PRS (Performing Rights Society) pay royalties to their members (songwriters and performers) when their work is used in film, TV and countless other circumstances. Instead of having to contact thousands of songwriters, composers, and music publishers directly to obtain permission to use music, a producer can use their site to purchase a license. Likewise, songwriters, composers and music publishers don’t have to deal with thousands of requests from music users. Performance rights organisations, such as PRS, make it less complicated for both parties. There are different agreements and prices depending on whether you’re publishing your film online, at a festival or on tv.  For productions which are released online, prices are worked out per 30s and per track. For films which are broadcast on TV, the agreements and prices are different depending on the budget of the film amongst other variables.

It’s important to note that there are different types of music licenses that collecting societies like PRS can distribute. ‘Performance licenses’ are needed when music is performed or played in public, over the radio, in a restaurant or bar, or over a service like Spotify. A ‘synchronisation license’ is used when a song is put into a film, TV show, video or commercial. These type of licenses are mostly granted by the composer and fees may vary according to how the song is used, where it’s played and the type of media using the song. When royalties are collected, publishers and songwriters generally split the payment that comes directly from collecting societies according to their contract. There are also, ‘mechanical licenses’ which give permission to reproduce music onto some type of media (e.g. vinyl, cassette tape, CD, etc.) for public distribution. The mechanical royalty is paid to the recording artist, songwriter, and publisher based on the number of recordings sold and contractual arrangements between the relevant parties.

When our clients want to use of a well-known track or even just a track that’s been released via a professional record label, the workload increases dramatically. Permission needs to be granted from the record label, artist and songwriter. Then an agreement needs to be reached with PRS and/or the publishers directly for the publishing rights. The total fee, even for a charity, to make use of an artist’s original recording of a well-known song can range between £500 and £10,000 or sometimes even more. That said, with a powerful case, it IS possible to negotiate based on such factors as ‘increased exposure’ for an up-and-coming artist or if there’s a personal connection…

The Crookes were a signed and fairly successful Sheffield band and we used their song ‘’The World is Waiting’ for The University of Sheffield’s Graduation film in 2016. Their manager had worked for the Students’ Union for some time and so it was quite easy to get in touch, negotiate a fee and also to get hold of an instrumental version to mix with the single version so that the verses were instrumental and the choruses had the celebratory vocal… “there’s a world and it’s waiting for you…”. Give it a watch if you want to hear the bands song and how we used it in the film.

We have also often made use of local and unsigned musicians, although not as much as we would like. This is due to the fact that it takes longer to source music of a high enough quality and arrange permission. Additionally, any music with vocals can be a distraction from a film’s dialogue/voice over and instrumental versions are often difficult to come by.

On an even smaller number of occasions, we’ve commissioned original music for a film. There are a huge number of composers of all standards who are ready to craft a single original piece or collection of cues based on a finished (or nearly finished) film. However, outside of broadcast and feature film production, this approach can often be expensive, time-consuming and risky. Using a bespoke piece of music has a lot of advantages in terms of storytelling and audience immersion but these benefits need to be weighed against budget, turnaround time and anticipated usage and distribution of the film.

Published date: 06/02/2018 Categories:About Us
Previous Post
How to Unlock Your Department’s Potential and Create a Lasting Digital ImpressionNext Post
Looking for deskspace in Sheffield?

General:
The information on this page refers to pages on https://www.sortoffilms.co.uk – if you have any queries, please contact us.

An example; we use Google Analytics cookies to identify which pages are being used. The cookies let us know whereabouts in the world you are connecting to the site from, which pages are visited and how long visitors stay on pages. This anonymous data about website traffic is part of reviewing how effective the site.

A full list of cookies used by this site is available at the end of this page.

External Sites:
Sort Of…Films can take no responsibility for third party groups or companies recommended / mentioned on this site.

We are not responsible for the content of external websites linked to from pages on the Sort Of…FIlms website. We do our best to make sure everything is as it should be. Let us know if you spot something, which you think shouldn’t be on the site.

Your Data:
When you send information to Sort Of…Films via the contact form on this website, we receive this information in an email. Generally, we delete this email, once we have replied, and we do not store your details in the long-term. Deleted emails will be retained on our hosting account servers for approximately one month following deletion. Exceptions to this would include emails discussing contracts or where Sort Of…Films are required to keep information to comply with government laws (eg. for tax records). All emails are accessed and stored locally on password protected devices. Back ups of contact form submissions are also stored on our servers via this website. These are deleted periodically.

Information sent via the ‘Request a Quote’ form is handled in the same way as contact information. Details submitted via the form will be kept indefinitely, if we began working on a project, based on information you have submitted via this form.
See more below ‘Who we share your data with’.

All data we receive via this website will only be used for the purpose expressed on the particular form. We won’t pass on your personal details to third-parties (exceptions to this are listed below). By contacting Sort Of…Films, you won’t be added to any mailing lists.

Web developers/designers who work on this site will be able to see any data submitted via the site. We currently use Design Now, and you can read their terms here.

Accountants will have access to some client information, whilst going about their business completing year-end accounts etc.

This website uses cookies to improve your experience while you navigate through the website. Out of these, the cookies that are categorized as necessary are stored on your browser as they are essential for the working of basic functionalities of the website. We also use third-party cookies that help us analyze and understand how you use this website. These cookies will be stored in your browser only with your consent. You also have the option to opt-out of these cookies. But opting out of some of these cookies may affect your browsing experience.
Necessary Always Enabled
Necessary cookies are absolutely essential for the website to function properly. This category only includes cookies that ensures basic functionalities and security features of the website. These cookies do not store any personal information.
Non-necessary
Any cookies that may not be particularly necessary for the website to function and is used specifically to collect user personal data via analytics, ads, other embedded contents are termed as non-necessary cookies. It is mandatory to procure user consent prior to running these cookies on your website.
SAVE & ACCEPT